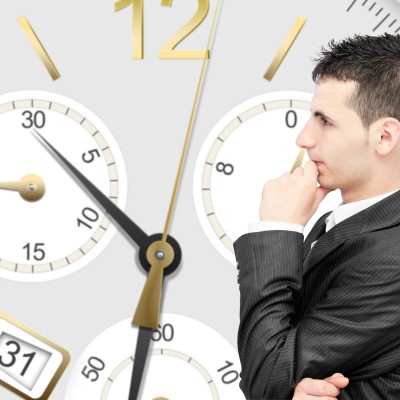 So, you’ve gone through the interview process, received and accepted a new employment offer, and now you’re giving your resignation notice to your current employer.  A number of scenarios could take place at this point, and it can be a daunting process for many.  Some employers make it easier for an employee to separate from them than others.  Some may end your employment immediately, while others may want as much of your time as you can give before departing.  But what happens if they make a counteroffer in hopes of keeping you around?

It can be very flattering to receive a counteroffer.  It usually involves added compensation, while others may involve new titles and responsibilities too.  Combine this with the added comfort and ease of staying somewhere where you’re already known and have relationships, and this could be enough to get these employees to have a change of heart and remain.  But is taking a counteroffer really a good idea?

It is important to ask yourself why it took you leaving for another opportunity for your current employer to offer you a raise and/or promotion.  Meanwhile you have a new company excited about you and what you can offer.  While accepting a counteroffer may work out for some, unfortunately most of the time it ends up being a mistake.

Statistics say that about four out of five people who accept a counteroffer are gone in a year.  From the employee’s perspective, simply earning more compensation only pacifies the situation.  Usually there are other reasons the person was job searching that had more to do with personal growth or perhaps a strained relationship with a boss or co-workers.  As the unhappiness and unsettlement grows, they’ll begin to search again.

It is also important to understand that from the employer’s side, they now know you’re willing to leave, as the seal of trust has been broken.  Many organizations that weren’t prepared for a key employee to depart will use a counteroffer as a means to retain them temporarily until they can replace them on their own schedule.  Of course this isn’t stated by the employer at the time of the counteroffer, and the extra compensation given is often mistakenly seen by the employee as a permanent sign of the company’s undying devotion to them.  However, once the company can locate a suitable replacement, they will let the retained employee go, often at a savings to the organization.  I find this practice extremely disingenuous, as it demonstrates poor character of the leadership and HR departments that implement this strategy.

For the above reasons, I’m personally against the concept of counteroffers, both making and accepting them.  If the employee would like to remain with their company, then I would recommend trying to make your own grass greener first before looking for other pastures.  You can do this by communicating your needs and desires professionally before starting any job search.  Job seekers should always interview and accept offers in good faith.  No employer wants their offer to be used as a bargaining chip by the job seeker who is only trying to get their current employer to give them a better deal to stay.  It is always important to treat others the way you’d want to be treated.

If you do decide to accept a counteroffer, I wish you luck.  But don’t say I didn’t warn you!